The finest specialities from Austria and all around the world

Inspired by Innviertel regional and seasonal products, the AQARIUM team conjures up a wide variety of dishes which are perfectly paired with the best wines from the restaurant’s wine cellar. Experience the wonderful combination of down-to-earth Innviertel cuisine and fine dining and indulge your palate with exquisite à la carte specialities or 6-course gourmet meals - all prepared in the modern open kitchen.

An exclusive winter garden, with space for 20 people, and the  atmospheric, historic wine cellar provide the perfect setting for family or company celebrations. In the summer, you can enjoy the peaceful atmosphere of our beautiful terrace overlooking the water-lily pond.

Culinary delights to suit your every taste

Since 2012, Peter Reithmayr has been Chef de Cuisine of AQARIUM which was yet again awarded two toques in the 2017 Gault&Milau guide.

Using local produce, Reithmayr skilfully creates delicious gourmet dishes with a strong regional influence. “Modern, international, philosophical – I want to try everything”, is how he sums up his approach to his passion.

You will find exquisite dishes and popular classics in the 6-course menu, which changes on a daily basis. Carefully selected regional and international produce are the only ingredients to complement the various fish and meat dishes. “We endeavour to cook our fish and meat as gently and slowly as possible to create the perfect taste,” says Reithmayr.

Miriam started an apprenticeship as a tax specialist, but realized very quickly that she will be in the restaurant business.

From 2012-2014, the Hotel Schloss Pichlarn in Styria trained as a hotel and restaurant assistant. During this time she took part in two apprentice competitions, where she made the 1st place both at the Styrian national championship, as well as at the Austrian state championship.

In the summer seasons, they gained experience in the 5-star Superior Schloss Fuschl in Salzburg on the beautiful and idyllic Fuschlsee. From mid-2016 to the end of 2017, Miriam was an integral part of the team as a restaurant supervisor and also closed her instructor's course there.

In 2018, Miriam came to the 5-star Interalpen Hotel in Tyrol, where she worked as a head waiter for one year in the executive team.

Since early 2019 Miriam is part of the AQARIUM team. She started as a supervisor and since November, the young lady leads the staff and may call herself the new restaurant manager.

How to reach us!

Opening hours
daily from 7.30am until midnight
(hot meals served until 10pm) 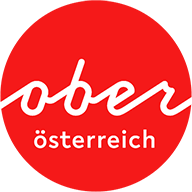